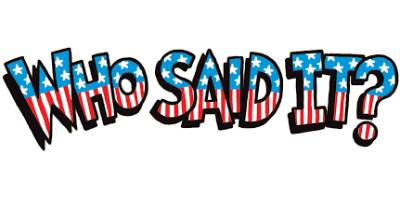 Quote:  “Meaning no disrespect to the religious convictions of others, I still can’t help wondering how we can explain away what to me is the greatest miracle of all and which is recorded in history. No one denies there was such a man, that he lived and that he was put to death by crucifixion. Where…is the miracle I spoke of? Well consider this and let your imagination translate the story into our own time — possibly to your own hometown. A young man whose father is a carpenter grows up working in his father’s shop. One day he puts down his tools and walks out of his father’s shop. He starts preaching on street corners and in the nearby countryside, walking from place to place, preaching all the while, even though he is not an ordained minister. He does this for three years. Then he is arrested, tried and convicted. There is no court of appeal, so he is executed at age 33 along with two common thieves. Those in charge of his execution roll dice to see who gets his clothing — the only possessions he has. His family cannot afford a burial place for him so he is interred in a borrowed tomb. End of story? No, this uneducated, propertyless young man who…left no written word has, for 2000 years, had a greater effect on the world than all the rulers, kings, emperors; all the conquerors, generals and admirals, all the scholars, scientists and philosophers who have ever lived — all of them put together. How do we explain that?…unless he really was who he said he was.”