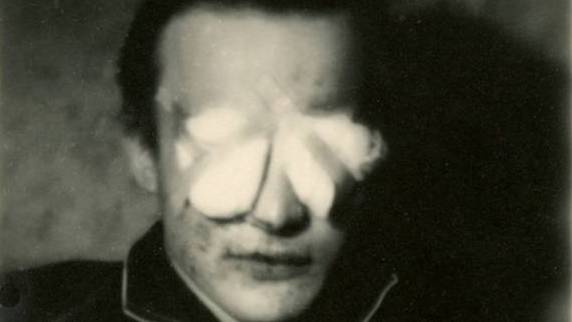 When William Montague Dyke was ten years old, he was blinded in an accident.  Despite his disability, William graduated from a university in England with high honors.  While he was in school, he fell in love with the daughter of a high-ranking British naval officer, and they became engaged.  Not long before the wedding, William had eye surgery in the hope that the operation would restore his sight.  If it failed, he would remain blind for the rest of his life.  William insisted on keeping the bandages on his face until his wedding day.  If the surgery was successful, he wanted the first person he saw to be his new bride.

The wedding day arrived.  The many guests—including royalty, cabinet members, and distinguished men and women of society-—assembled together to witness the exchange of vows.  William’s father, Sir William Hart Dyke, and the doctor who performed the surgery stood next to the groom, whose eyes were still covered with bandages.  The organ trumpeted the wedding march, and the bride slowly walked down the aisle to the front of the church.

As soon as she arrived at the altar, the surgeon took a pair of scissors out of his pocket and cut the bandages from William’s eyes.  Tension filled the room.  The congregation of witnesses held their breath as they waited to find out if William could see the woman standing before him.  As he stood face-to-face with his bride-to-be, William’s words echoed throughout the cathedral, “You are more beautiful than I ever imagined!”