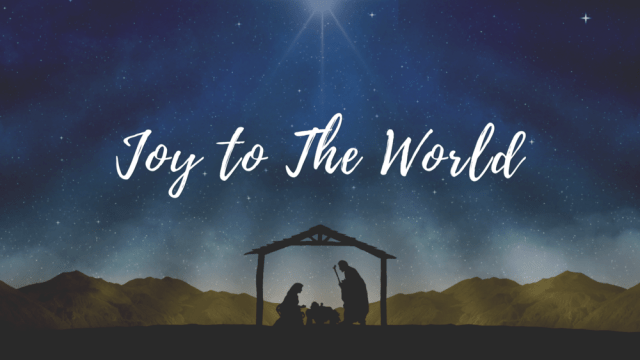 STORY BEHIND “JOY TO THE WORLD”

Our story of three men begins in Germany, 1692, with a quiet night in the Handel household.  Everyone was in bed asleep.  Well…Mr. and Mrs. Handel thought everyone was asleep.  Suddenly, in the middle of the night the Handels were awakened by a sudden sound…the sound of music!

Searching throughout the house, the couple could not find the source of the melody—though they could still hear it clearly.  Then they thought, “The attic!” where their seven-year old son, George, slept.  When they opened the door to his room, they were astonished to see George playing a small piano-like instrument—a clavier.  Not only were the Handels unaware that their son could play so well, they also didn’t realize that George’s uncle had secretly helped him move the instrument into the attic room.

Little George Handel grew up to become a prominent musician, writing many popular songs and musicals during his lifetime.  When he was about 56 years old, Handel began to reflect on his accomplishments.  His music had been adored by thousands and performed before kings and queens, but to him it wasn’t enough,  He was not satisfied.  He wanted to write something much greater—something that would bring profound joy to all who listened.

So Handel began to pray, asking God to help him write something momentous.  For almost three weeks he labored day and night, taking only short breaks for rest and nourishment.  Finally Handel emerged from his ordeal a victor, having composed his immortal Messiah, a musical that has been performed more than any other ever penned.

Meanwhile, in England there lived a man named Isaac Watts.  Watts was very nearly a literary genius, as well as a theologian and poet.  Watts began writing verses as a small child.  When he was a teenager, he complained that the songs sung in church were hard to sing.  His father said, “Well, if you think the worthy songs we sing in church are inadequate, why don’t you write some that are better.”  So, he did.  For the next two years Isaac Watts wrote a new hymn every week.  People especially loved his poems, particularly one based on Psalm 98, a Biblical passage which announces a message of joy and celebration to the world.

Nearly a century later, a Boston composer and music publisher, Lowell Mason, found Watt’s poem of joy and wanted very much to publish it.  There was only one problem—it really need a proper musical setting.  So he began to search for one.  In his search he came upon a beautiful melody within Handel’s Messiah.  And so Mason published Watt’s poem, set to Handel’s music and created one of the world’s most beloved and popular Christmas carols of all time, “Joy to the World.”