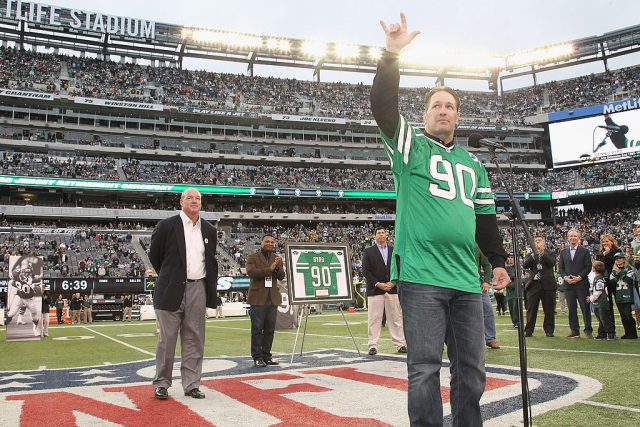 DESTROYED CAREER AFTER PARALYSIS BUT NOT DESTROYED LIFE

Dennis Byrd was a professional football player. As an up-and-coming defensive superstar for the New York Jets, he was predicted to help turn the Jets organization around. Then tragedy struck.

On November 29, 1992, the Jets were playing the Chiefs. Dennis was about to sack the quarterback when he collided with a teammate and his spinal cord was snapped. In a split-second, his football career ended. He was paralyzed from the neck down. Everything he had planned for his life came to a screeching halt.

Later, he wrote about waking up in the middle of the night at Lenox Hospital in a halo brace, not knowing where he was, not knowing why he couldn’t move, not knowing what was happening. Suddenly, he went from dreaming of making it to the Pro Bowl to hoping he could someday hold his daughter in his arms again.

On opening day of the 1993 football season, less than a year after the tragic collision, millions of television viewers watched Dennis Byrd walk out to the middle of the Meadowlands Stadium while 75,000 fans stood cheering in ovation. The miracle in Dennis Byrd’s life is not that he broke his neck and walked again. The miracle is that the injury that destroyed his career didn’t destroy his life.

No matter what – in God’s eyes we have great potential, Pastor Larry