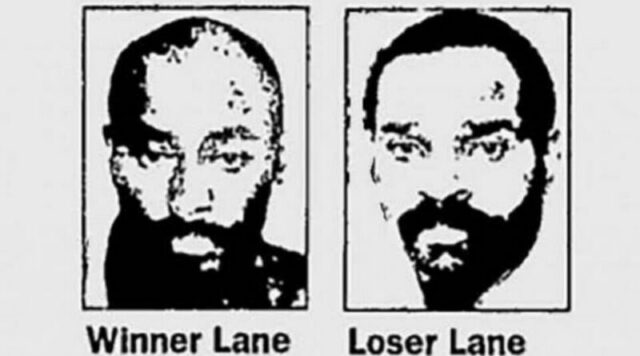 Everything Is Not In A Name

In their fascinating book, Freakonomics, economists Steven Levitt and Stephen Dubner point out that one of the first acts of parental power comes in the naming of a child. Many believe the name carries great significance. The case of the Lane brothers may argue differently.

Back in 1958, a baby boy was born into the Lane family. Robert—the father—chose to name the boy Winner. How could the young man fail to succeed with a name like Winner Lane?

The Lanes had another son several years later. For unknown reasons, Robert named this baby Loser. How tragic to doom this boy’s future prospects with such a name.

Contrary to all expectations, Loser Lane succeeded. He graduated from college and later became a sergeant with the New York Police Department. Nowadays, no one feels comfortable calling him Loser. His police colleagues refer to him as Lou.

And what of the brother with the “can’t miss” name? The most noteworthy achievement of Winner Lane, now in his mid 40s, is the sheer length of his criminal record—nearly three dozen arrests for burglary, domestic violence, trespassing, resisting arrest, and other mayhem.

“You will be called by a new name that the Lord’s mouth will announce.  You will be a glorious crown in the Lord’s hand, and a royal diadem in the palm of your God.”  Isaiah 62:2,3

“He who has an ear, let him hear what the Spirit says to the churches. To him who overcomes I will give some of the hidden manna to eat. And I will give him a white stone, and on the stone a new name written which no one knows except him who receives it.” Revelation 2:17

Grateful for a Savior who knows me and loves me, Pastor Larry